Home » Home Gadgets » One Futurologist Toughts on Internet of Things 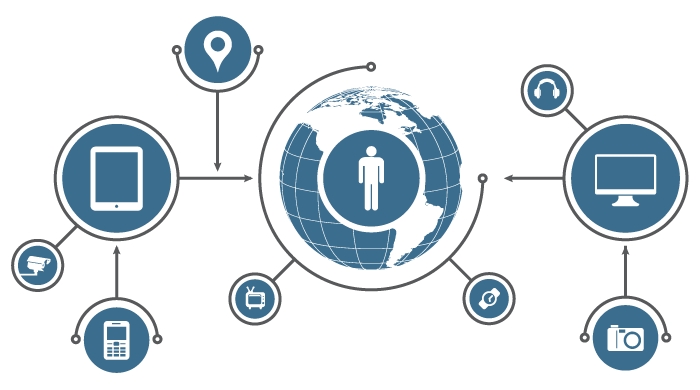 “What are the cultural and social present about a refrigerator could do when it is connected to the Internet? To ordered new eggs? To tell us that we finished milk?” Continued Powell, according to which a refrigerator  will never be able to monitor the contents of the refrigerator, as human do. “What kind of things a network-connected refrigerator would do that its owner could not have done in a more efficient, and more smarter way constitute an important issue here. Indeed, it remains a mystery to technological futurists “she added.

Whether Dr. Powell sees IoT only as interconnected refrigerators, it is not entirely clear, but the opportunities for ubiquitous connectivity and new Internet protocols, miniaturization and chips with a completely different design, IoT is actually already here and with the help of cloud technologies and other innovations “Internet of things” if not exhausted meaningless phrase. Production and industry, health and automobile industries, are already starting to reap the possibility of connecting devices and transfer data between them in a way that previously was simply impossible. An example of this can be portable trackers that help doctors to monitor change in the performance of their patients remotely at any time. In the field of energy and electricity transmission we already  have smart networks that help to better control and secure energy infrastructures and to the final customer, IoT opportunities help more flexible control of power. Energy, which is expressed in particular outcome – lower electricity bills.

The Verizon’s report – The Internet of Things 2015 declare the growing influx of IoT in various sectors of industry and production, like say safeguarding and control of products and goods. Thanks to technology is possible a remote monitoring of multiple systems and products in a number of important features without human intervention. This helps to optimize processes in control of safety and quality and reduce the number of teams carrying out such monitoring in the past. And of course, there are different operational applications of technology in many other areas. Only days ago we told you about one such real project that is not only on paper – that of Volvo, which harnesses the opportunities for connectivity between devices and transmission of data in the cloud, to make the trip safer. Another such example is the technology Honda Sensing. Verizon reports that thanks to interconnected smart vehicles and road infrastructure by 2025 there will be at least five countries that will report a zero casualties from traffic accidents per year.