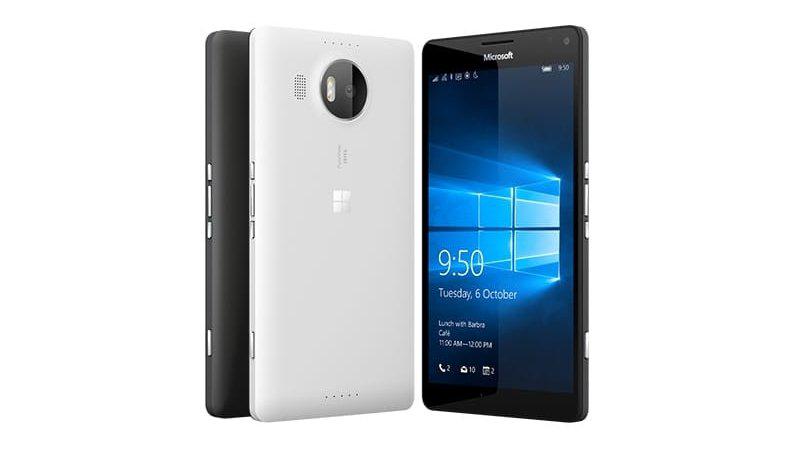 With the advent of the new standard for universal applications, more programs will be able to take advantage of this feature. They are automatically adjusted according to the available screen and are always enabled. It is not yet full-featured Windows with windows or games, but only the first steps in the right direction. While the phone is connected to a docking station, it is still fully functional and can be used both on the monitor and on your own display.

Microsoft briefly announced the specifications of the devices, because “everybody already read them all on the Internet” and jokingly asked the media not to share everything next time. However, the company managed to find other things to tell about these phones. Besides Continuum other one is the introduction of Windows Hello mobile computing, which enables automatic identification of the user and setting loading.

The screens are 5.2 and 5.7 inches respectively with 564 ppi and 518 ppi. They use OLED technology, which is much friendlier to energy consumption. Smartphones have a USB Type-C, which allows for faster charging more than 50% of battery capacity in under 30 minutes. The devices have 32 GB of internal memory that can be increased through microSD cards.

The main difference between the Smartphones, except for the screens is in the processors. Lumia 950 has a 6-core processor, while 950XL – quad-core. The integrated camera is both 20MP triple flash to eliminate the “red eye” effect and provide real colors. There is also a fifth-generation optical stabilization system. And photos and videos can be made directly by pressing or keeping the hardware camera button even without the starting of the application. The video has a resolution of 4K.

Parallel with their Smartphone, the software giant introduced its new smart bracelet – Microsoft Band. It is made specifically for people who love sports and can monitor their performance in all sports, even golf, there are more opportunities for monitoring the various indicators and improved precision. Its price will be 249 dollars.