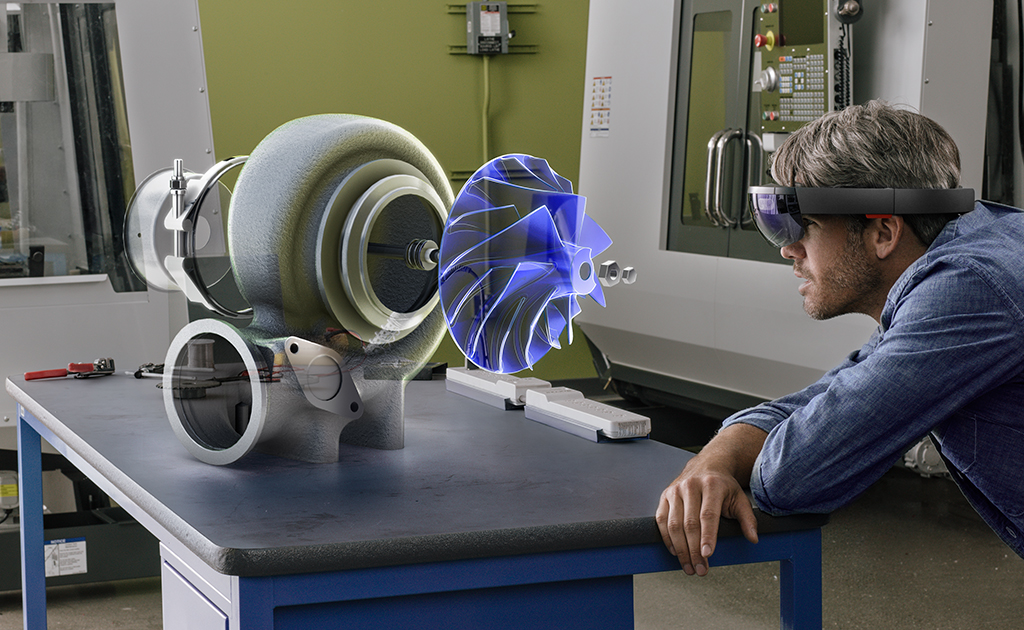 This technology existed for years, but only recently got the attention of professionals and consumers around the world.

With the growing adoption of the players in these industries, the market of AR / VR will reach 120 billion dollars by the end of 2020.

These numbers make sense only seen next to names of those involved – Google, Facebook, Microsoft, Samsung, Sony and HTC. And after the failure of his AR-project Google Glass, the giant is more involved than ever, but this time through investment and cooperation with other manufacturers.

While virtual reality attracts more users because the of it’s incredible opportunity for entertainment, it seems that the augmented reality is the one catching the interest of the investors. And all of this is because of the multitude of business applications.

The startup Magic Leap, which develops AR applications, has attracted funding for 1.4 billion dollars, of which 800 million just in February. Among its investors are companies like Google and Alibaba.

Google is also developing its own AR-project – Project Tango. The first mass market smartphone (made by Lenovo) using the platform will be available this summer.

So What is AR?

AR adds contextual level of information to our actual experiences. And while until now we were watching these incredible technologies only on the screen with movies like “Minority Report” and “Iron Man”, now all these features will be available to buy form the store.

Augmented reality has one major trump card in its favor – not create new “fake” world as the virtual reality, but simply adds information to the real world around us. This is the reason applications in sectors like trade, tourism, health and education are much more possible.

According to the inventor Alex Kipman (Kinect) the augmented reality is a step up in the evolution towards a time when staring into smartphones and computers will be completely forgotten.

According to specialists by 2020 we will not need for screens – thanks to AR any smooth surface around us can be converted into display.

Another feature will be the ability for 3D-visualization and mapping – users will receive the updated information at any time they want. Visualization of data will happen in motion. With the help of gestures people will be able to control technology and data.

Experts expect that 2017 will be the year with a significant influx of devices with augmented reality. According to CCS Insight market value of the technology, just in two years, will be 3.6 billion dollars, and the delivered gadgets will be 16 times more than in 2016.

It is expected by 2020 the people using the technology to be around about 1 billion.

There are many products just hitting the market. But there are already several devices and platforms that lead the path to augmented reality.

Microsoft will begin deliver glasses to selected developers as of March 30 and the price will be 3000 dollars.

The device is fully autonomous and does not need to be connected to a computer. Runs under Windows 10. The kit automatically calibrates the distance to the pupil. It has a holographic resolution of 2.3 million light points. The device has four cameras and one for depth and one for HD video. With them, users can shoot not only the environment around them, but the AR information that only they can see.

HoloLens has four microphones, ambient light sensor, 32-bit Intel architecture and special holographic processor by Microsoft. With the help of that processor you can create and move holograms, communicate with different applications, and navigate by sight.

HoloLens includes buttons for the built-in speakers, screen brightness, and power button. There is also a Wi-Fi connection.

The main problem is the battery, which will last about three hours in active use.

The Glasses of Meta Vision have a resolution of 2560×1440, 90-degree field of view and a front camera. They have a sensor for hand movements. The device must be permanently connected to the computer and works only on Windows 8 and 10. It supports Microsoft Office, Adobe and Spotify. Meta Vision promises Mac support by the end of this year.

Users can control the volume and brightness via buttons. Buttons for photo capturing is also available.

The developers can make their orders now, and the price is around 949 dollars. The company said that deliveries will be made during the third quarter.

Project Tango is not AR device but a software platform, which aims to implement augmented reality in smartphones and tablets.

The systems sees and navigates the three-dimensional world, using hardware and software to scan the world around them, understand the depth of the painting and monitor the traffic.

The platform is already available for developers, while Lenovo will launch its first smartphone with Tango during the summer at a price of $ 500.

The number of applications of this platform in the retail sector, tourism and gaming are huge.

Tango enabled device was demonstrated at Mobile World Congress in Barcelona, where it guided and provided additional information to visitors of the museum.

The Epson Moverio device comes in two parts – glasses and controller. Intel Atom processor and battery in the joystick. The device runs under Android Lollipop. The resolution of the OLED screens is HD. The gadget has a built-in camera, gyroscope, GPS and accelerometer. The Epson allegedly gone smart glasses are targeted at businesses, not at the end user. The company is already working with the drone manufacturer DJI. They hope that  through Moverio the management of unmanned devices to become easier.

The glass production company LaForge argues that Shima are the only prescription glasses on the market that have augmented reality. The gadget has ARM processor, Bluetooth connectivity and uses several sensors.

There is a small touchpad on the side of the frame through which the user can control the functions – applications, music and more. Shima camera can shoot video. The glasses have feature, which activates automatically when it senses a speed exceeding 30 kilometers per hour. The user can receives GPS information display.

The device has joystick (cabled), and works by connecting to smartphones under Android 4.4 and grater. It is not yet clear when it will be ready mass production.

SmartEyeglass has an accelerometer, gyroscope, brightness sensor, microphone and 3-megapixel camera. The screen has a lower resolution 419×138.

Users have access to the app store, which is still very limited, but has a program for voice control, transfers and more.

Unlike other gadgets model Sony cannot be used worn with glasses.